Totally delighted to have got my 2 pence worth in for an article on vintage & sustainability for The Guardian.

I’m thrilled to be part of such an important conversation in such a major publication.
Viva la Vintage! 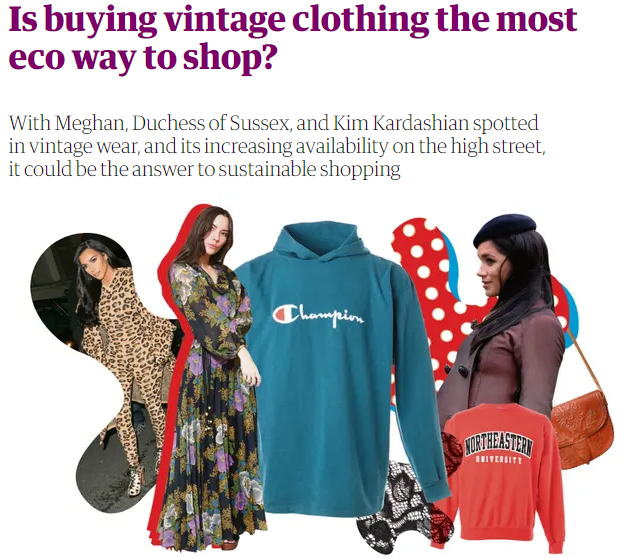 Like it or loathe it, when Kim Kardashian wears something, people take notice. With the reality TV star wearing secondhand Azzedine Alaïa to Paris fashion week, secondhand Jean Paul Gaultier to a party and a secondhand 1990s Thierry Mugler gown to an award ceremony, it suggests change is afoot. Who would have thought that Kardashian – a woman worth $350m (£270m), who usually wears Balmain and bodycon – would be making a case for sustainable fashion?

As consumers become increasingly aware of the environmental impact of fast fashion, they are looking for a more sustainable way to shop. Could buying secondhand be the answer?

Vintage, it seems, is increasingly in vogue across the board, from Meghan, Duchess of Sussex, who wore 1960s Dior to a christening, to its appearance in British Vogue (the May issue asks: “Does your dress look vintage?”), to high street stores H&M, Arket and & Other Stories announcing they would trial vintage and secondhand clothes sales on their websites. High-end boutique Browns has also just launched the label One Vintage, which uses antique textiles to create new garments. Octavia Bradford, the womenswear buyer for Browns, says: “Sustainability is the loudest conversation in fashion right now.”

A study shows that, last year, 64% of women were willing to buy pre-owned pieces compared with 45% in 2016 – and it is thought that by 2028, 13% of the clothes in women’s wardrobes are likely to be secondhand. Fashion circularity, a new term referring to the recycled life of a garment, is projected to reach $51bn in five years, up from the current $24bn, according to ThredUp’s annual resale report.

Stella McClure, the founder of the online shop The Stellar Boutique, has noticed a shift. When she opened 20 years ago “there was still a stigma attached” – conjuring images of the yellow sweat patches and emotional baggage people often associate with used clothing. “But now (thankfully) it is not just acceptable – it’s cool and has completely captured the fashion zeitgeist,” she says.

Vintage has been venturing on to the high street in fits and starts – in 2000, Portobello Road’s Peekaboo Vintage was welcomed into Topshop’s Oxford Circus flagship store. In 2010, Asos launched its Marketplace, which helped to bring vintage wares to a much wider – and crucially, online – audience.

If the trend has waned of late, this has been purely about aesthetics – minimalism replaced boho chic, and modernity was more in demand than 1970s florals. But fashion has shifted. Aside from an increased awareness of sustainability, vintage fashion fits neatly into the wider mood of the Instagram age, where authenticity and originality – not being seen in the same outfit as anyone else – are highly prized. What better way to stand out than to wear clothes few others are likely to own?

Fashion tends to mine the past. But many of today’s most exciting young designers, from punk-revivalist Charles Jeffrey to James Theseus Buck and Luke Brooks of Rottingdean Bazaar, are looking to decades before they were born for inspiration. “High-end design teams are referencing past eras,” says Nicky Albrechtsen, the author of Vintage Fashion Complete. She refers to the prairie-style dresses of Erdem and Zimmermann, “reminiscent of the nostalgic fashions of the 70s”, as well as cult brands such as The Vampire’s Wife and Batsheva.

“Seeing such strong references on the catwalk gives confidence to fashionistas to embrace the original dresses and showcase original pieces in a modern way,” says Albrechtsen. According to Scarlet Eden, a vintage buyer at Beyond Retro, if the pieces the high street produces are based on vintage trends: “We’re able to offer customers the original looks.”

Vintage naysayers who may have been put off in the past by thoughts of rummaging around in jumble-sale-like basements may be persuaded by the ability to buy online. “The popularity of online vintage shops is great for those who don’t have access to everything a city such as New York has to offer,” says Gabriel Held, described by Vogue as “Instagram’s most celebrated vintage dealer”.

But it is not all rosy: opening up the market with numerous online shops has meant less quality control. Held sees “a lot of mediocre used clothing being marketed as vintage … Something doesn’t have to be 20 years old to be considered vintage, but, for me, if it’s not true vintage, then it should be something extraordinary.”

This is where the lines blur between secondhand and vintage. For Albrechtsen, vintage means any era up to the early 80s, while Eden and McClure consider it to be clothing that is more than 20 years old. Held says his definition “is not set in stone” – he even has some contemporary pieces in his own archive “that I know will be collectible in 10 years’ time”.

Virginia Bates, whose Notting Hill vintage emporium attracted the likes of Naomi Campbell and Donatella Versace before it closed in 2012, used to stock items from the end of the 19th century. Her definition of vintage runs “up to the 1920s, 30s, a bit of 40s, occasionally 50s … I don’t consider 60s vintage. I would never have sold that because I was there, I was wearing it.” But, as she says: “With another generation coming up, the 60s is the equivalent of what I thought of as antique when I opened my shop.”

Albrechtsen says: “Many professionals now include any [era]-defining garments – by which I mean iconic or clever designs.” This is where the resurgence and reverence of certain 90s styles comes in, arguably spearheaded by cult Peckham shop Wavey Garms. “Nineties sportswear is,” according to Albrechtsen, “very clever in terms of design … so it still works now.” Little surprise, then, that it has filtered down to more mainstream vintage outlets – Beyond Retro, for example, is always well-stocked with Champion sweatshirts.

The flames of this “less vintage vintage” are also being fanned by the rise of resale sites. According to the ThredUp 2019 resale report, resale has grown 21 times faster than apparel retail in the past three years. These luxury sites offer a glimmer of hope to those seeking a more affordable way to buy into designer fashion.

Not content to sit back and watch others profit from their vintage items, some luxury labels are relaunching decades-old designs from their own archives. Last year, for instance, Dior brought back its saddle bag because of the attention it was getting in the vintage fashion market. In February, Fendi brought back its Carrie Bradshaw-approved baguette bag from 1999 – luxury resale website Vestiaire Collective had seen a 558% increase in sales of the bag since January last year. “Every brand is currently developing a point-of-view on how to coexist with secondhand,” ThredUp cofounder and chief executive James Reinhart recently told the Business of Fashion.

Of course, for some, buying vintage will never feel quite right. “It’s really not my bag,” says Bates. There are obvious pitfalls – sizing isn’t uniform, and, she says: “You have to be so careful to look for holes and moths and rips.”

But being able to call a 90s hoodie, a Dior bag from the 00s, or a dress first worn by Naomi Campbell in 1996 “vintage”, might just help to keep the appeal going. As Bates puts it: “At the end of the day it doesn’t really matter … the most important thing is that it’s recycled – it encourages people not to go out and buy more.”

Setting new years resolutions is always a love / hate relationship. If you’re anything like me it generally goes a little like this… December 31st, reflect on the year gone by, feel motivated, inspired and full of promise for the year ahead, set unrealistic resolutions, and by mid January all recollection of those so-called goals have disappeared into oblivion and it’s back to the old routine! If this isn’t the case and you stick to your resolutions like glue then I applaud you! Carry on as you were (and please let me in on the secret of your success!) 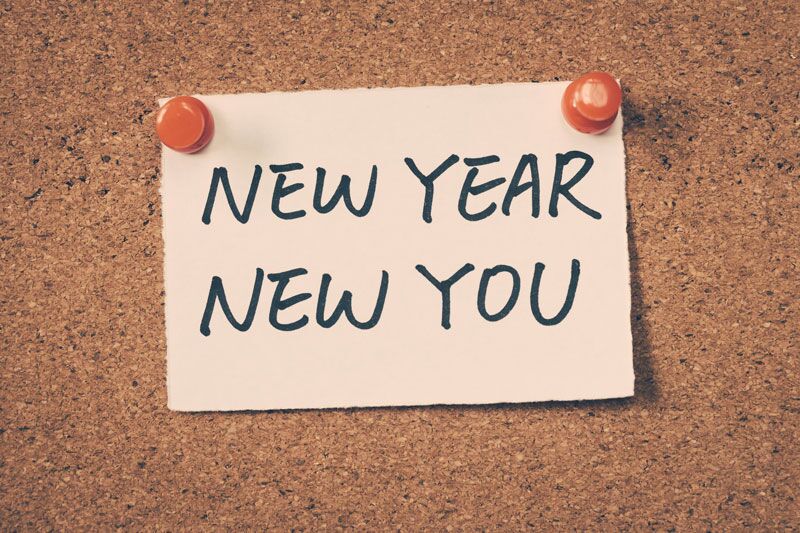 But for the rest of us, following on from our previous post on sustainable fashion, set yourself a challenge to make this year count and (if you’re not already doing so) make a pledge to take steps towards a greener, kinder and more sustainable fashion future. 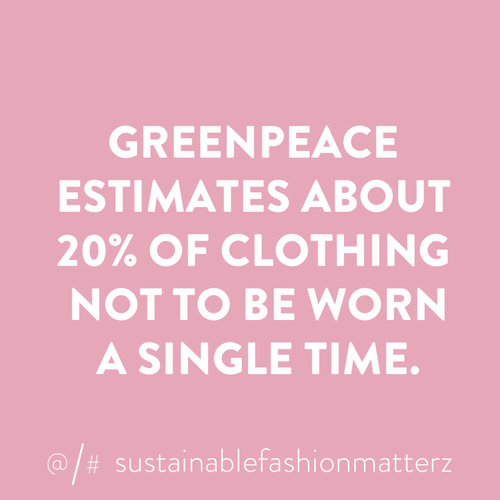 Because let’s face it, you love the world of fashion (hence you’re here now reading this) that’s not gonna change and neither should it have to! But there are plenty of wardrobe changes (even if small) that we can make without going cold turkey on our fashion addiction. So let’s set ourselves an achievable New Years fashion resolution and stick to it. There’s so many simple but effective improvements to our shopping habits we can incorporate, whether it’s deciding to purchase quality over quantity and avoiding fast fashion, only purchasing from ethical brands, buying less but choosing well, recycling clothes by buying second hand items and thrift store shopping, keeping it circular (and interesting) by sticking to vintage fashion, making a point of wearing more of your ‘old’ clothes that you once loved but that no longer get a look in, upcycle, customise and rework tired old pieces, set up a swap shop with your friends to swap and share clothes so you always feel like you’ve got something new and keep your wardrobe fresh, do that big clear out you’ve promised yourself (you know, the one you promised yourself last January too) and take your unwanted clothes to recycle bins or donate them to a local charity. Whatever you decide, little by little, we can all make a big difference. 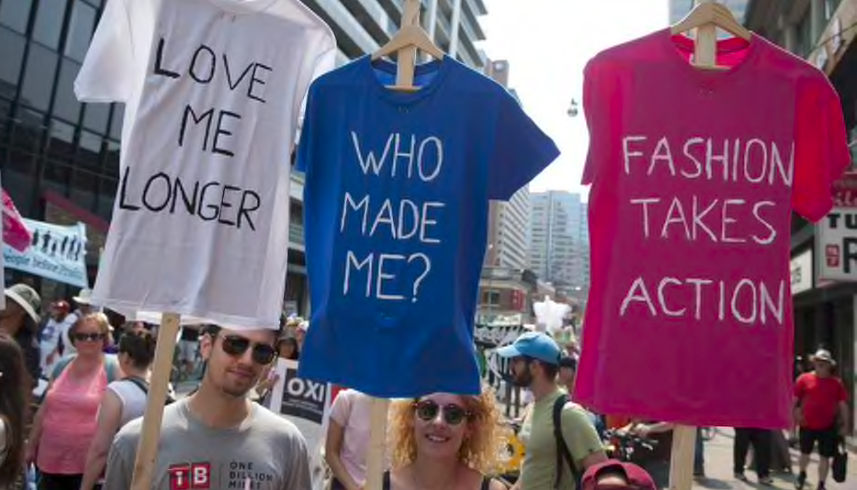 We can all do our bit to stay more fashion conscious , keep fashion circular and kind.

So have fun with it and use the challenge as a catalyst to get even more creative with your wardrobe choices, upcycle, recycle, rework and rethink.

The possibilities are endless xx