We were delighted to be second to ASOS in Marie Claire’s online vintage stores countdown.

Here are the highlights:

Or how to look like Alexa Chung, Kate Moss, Sienna Miller and co.

Mixing vintage with high-street clothing is the key to being trendy without looking too try-hard, just ask Alexa Chung, Sienna Miller and Kate Moss.

But vintage shopping isn’t easy, you can easily spend hours in a store and walk out with nothing – which is why online shopping is the answer.

We’ve rounded up the best online vintage clothing stores for you, whether you’re after a vintage Chanel 2.55 bag, or the perfect retro band t-shirt. 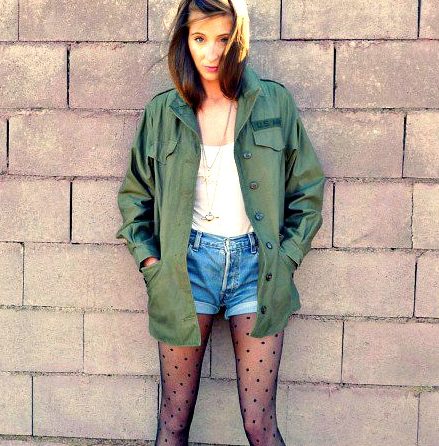 2. The Stellar Boutique
You are very safe in Stella’s hands. Having worked at Levi’s, Marks & Spencer, Topshop and own a stall at Portobello Market (Kate Moss and Stella McCartney were regulars, FYI), she set up The Stellar Boutique. It’s bursting with one-off gems from designers and artists from all over the world. Warning: you will lose hours of your life pouring over Stella’s cleverly curated collections.

This was a lovely surprise for us; a mention in German magazine Maxima’s website.

Great to see us reaching vintage fans from far and wide!

Just incase your German is a bit rusty, here’s the translation:

“Prior to starting her online career, the operator of this store worked for Levi’s and Topshop and had her own booth on London’s famous Portobello Market, which was often visited by Kate Moss and Stella McCartney. A very good address to pimp your own wardrobe with vintage treasures! You can search for a decade or a category. Since this is more about style than labels, the prices are also cheap. We are in love with this Seventies skirt!” 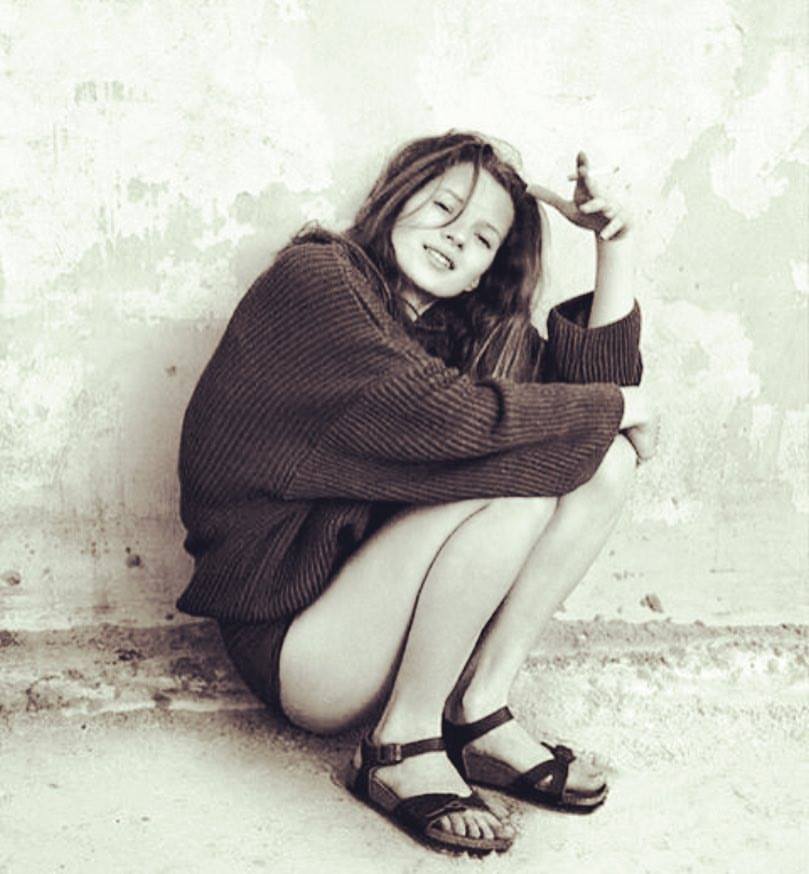 Come and join us on Instagram for more of this…. 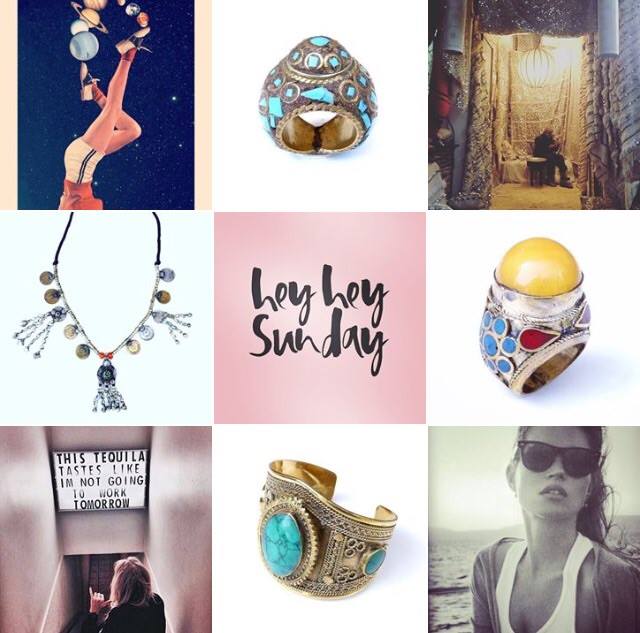 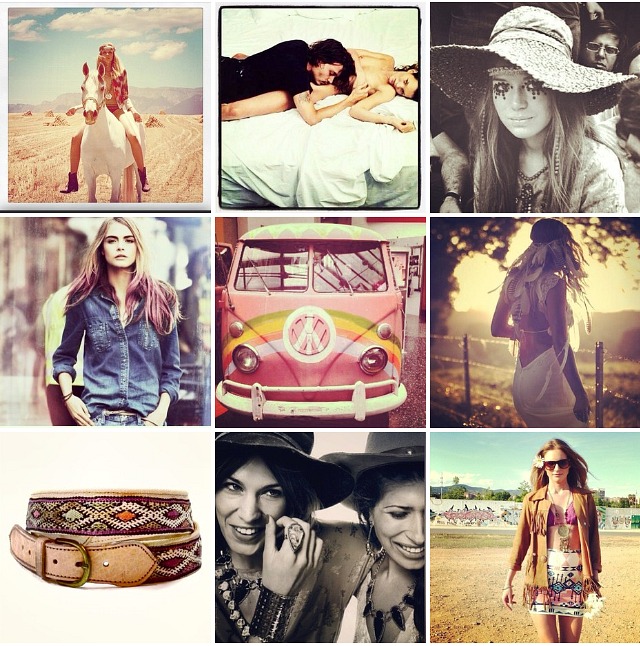 As you all know I love online shopping and am happy to waste away hours searching for the perfect items on eBay, but  when searching for the perfect fringed jacket recently, I came across ‘The Stellar Boutique‘, it was a real find as the online shop is filled with vintage treasures and genuine Moroccan accessories. I fell in love with every single one of the bags and couldn’t stop myself mentally designing a new flat filled with treasure from their home section. 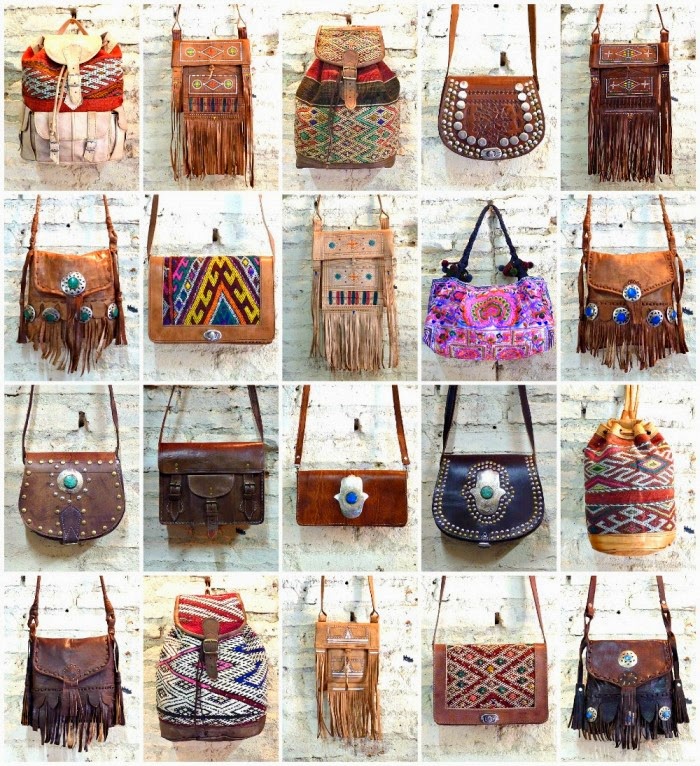 I checked out the about me section of the website and was fascinated to hear more about Stellas life, so I got in contact with her and wanted to share this amazing woman with you guys. The shop was created by owner Stella as an outlet to showcase designers and artists from around the world, she is pretty much living the dream, living in a hippy farm house in the Spanish countryside with in her own words ‘a menagerie of dogs, cats, goats, sheep and chickens’.
After graduating from University for the Creative Arts with a degree in fashion design in 2000, Stella went on to design for Topshop in London; assisted at the Times newspaper’s fashion department; worked in visual merchandising for Levi Strauss and Marks & Spencer; and spent time as a stylist both independently and for the BBC. With such a huge range of experience under her belt, she was able to successfully launch her own label in 2002 which was sold in Topshop, Oxford Street amongst others. She spent 3 years on her stall in Portobello Market, selling hand picked vintage to the likes of Stella McCartney and Kate Moss, being able to count Kate Moss as one of your regulars is a huge achievement and something I am very jealous of!
She has spent the last 10 years working in the fashion industry and travelling the globe collecting treasure which has provided the inspiration for The Stellar Boutique, I love this idea because I am such a hoarder I love to pick up bits and pieces whilst away in the hope that one day I could use them. I wanted to share some of my favourite pieces from the website, you can the website out here and I hope you like what you see as much as I did! 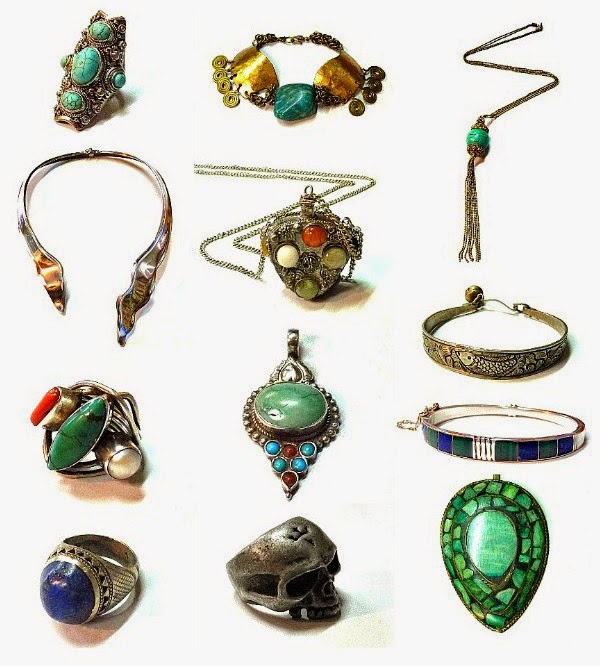 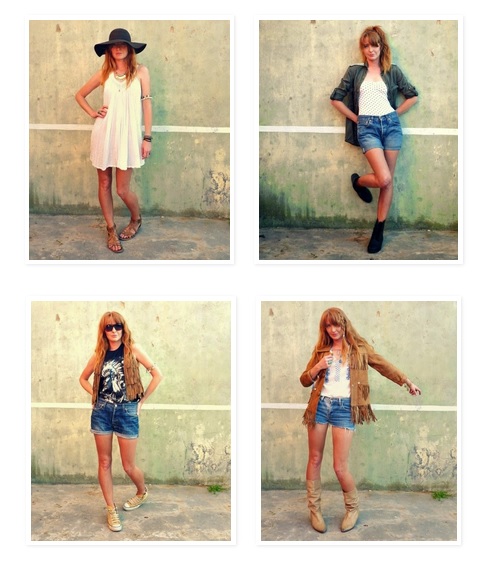 Big thanks to Sophie at Opel Wren blog for this fabulous post!

Kate Moss breaks her silence for charity with a saucy rendition of ’50 shades of grey’!

When I recently stumbled upon Iain Mckell’s book ‘The New Gypsies’ I was instantly charmed by the whimsical beauty and sense of freedom captured in his photographs. This new culture of free spirited gypsies and their elaborately decorated horse-drawn caravans captured my imagination and I simply had to share these beautiful images with you.

This renegade tribe of new age travellers come from our culture rather than from true gypsy blood, but have chosen to live with the freedom of the open road rather than living within the ideals of our western Capitalist society. Interestingly though, they juxtapose their nomadic, bohemian way of life with certain modern trappings such as mobile phones, internet and facebook!

And of course a post about Iain Mckell’s New Gypsies wouldn’t be complete without including the enchanting photos from V Magazine’s fashion shoot, taken by Mckell with model Kate Moss in 2009. Although she could easily pass as a fellow traveller, don’t be deceived, the styling is actually made up of high-end designer labels including John Galliano, Kenzo and Dsquared²…..a world away from the humble wardrobes of the real gypsies! 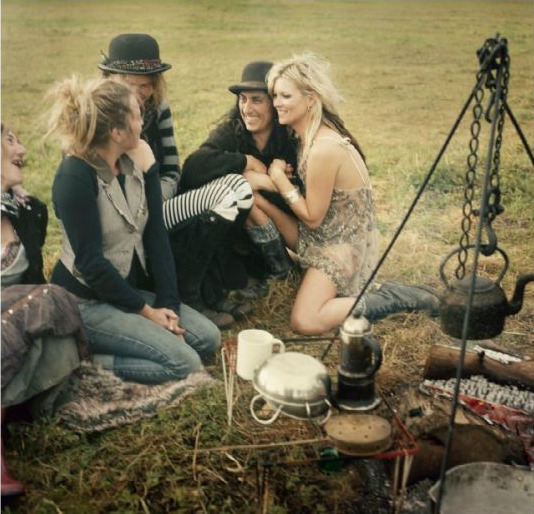 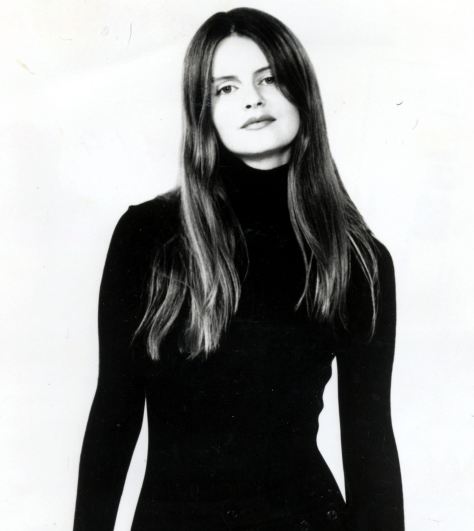 On August 27th 2010 the fashion world lost one of it’s greatest photographers of a generation. Corinne Day, known as the woman who launched Kate Moss’s career, sadly died aged 48 from a brain tumour after a long struggle with cancer.

A self taught photographer and previous model, she became one of the most influential photographers of our time. Her pictures were original, provocative and often controversial. Shying away from the high glamour trend of the 80s, she took a more documentary approach to her photos.

In 1990 she teamed up with a young, fresh faced Kate Moss and headed down to Camber Sands, Kent, for a series of candid and intimate portraits for The Face magazine’s ‘3rd Summer of Love’  editorial. I will never forget how I felt when I first saw those iconic black & white images. Unpolished, raw, natural beauty unlike anything I’d seen in fashion before, she captured a moment in fashion history and inspired a whole generation of people, me included. Credited for pioneering the Grunge movement, the images spawned a new era of fashion and fashion photography.

Three years later she was causing a storm once more when Vogue magazine published the somewhat seedy pictures of Kate Moss in a grubby bedsit wearing mismatched underwear and looking pale and forlorn. Gritty, hard edged and real, the shoot caused international outrage and the radical new wave of photography, labelled  ‘dirty-realism’, paved the way for the ‘Heroin chic’ trend that was to follow. 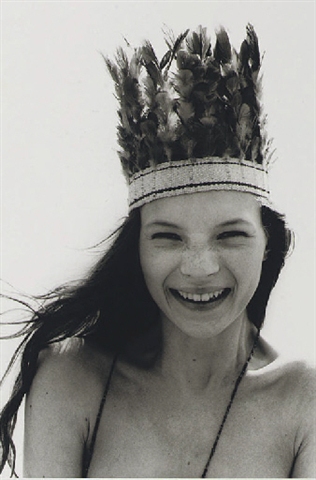 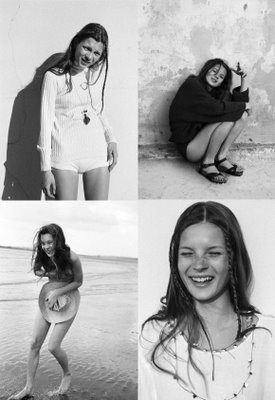 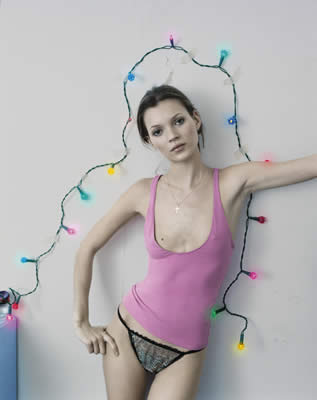 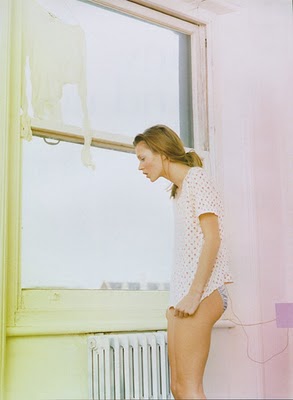 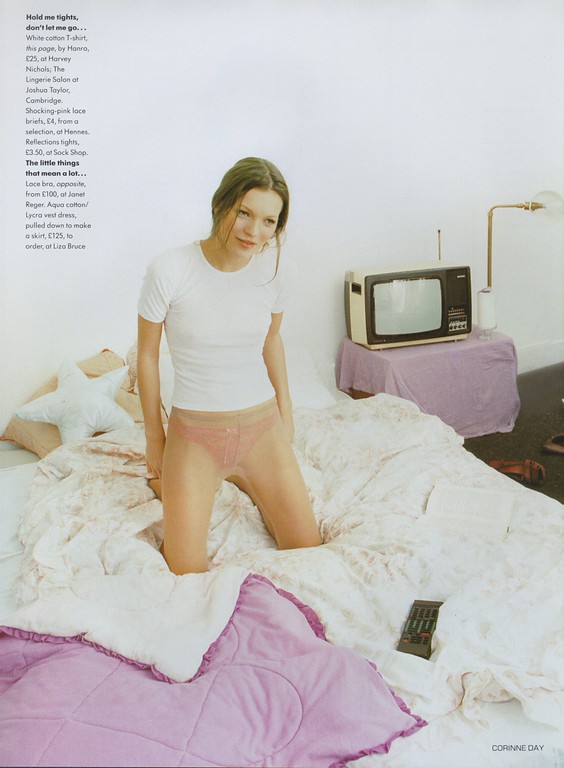 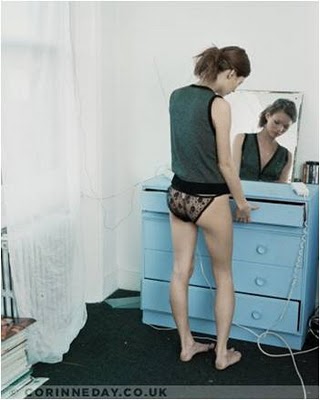 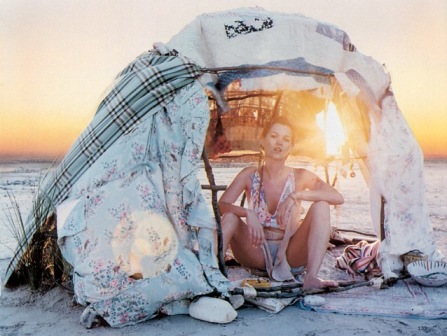 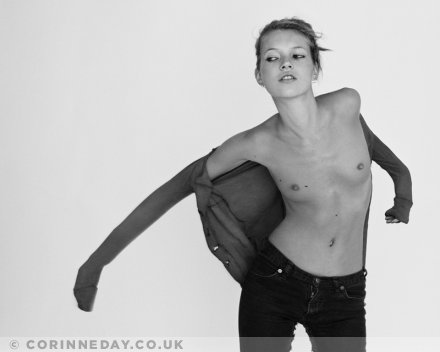